Random fact about me: I hate trash so much that when I was in elementary school, I used to throw away my classmates’ lunches before they finished eating and caused dozens of kids to cry and starve. Yes, whenever a kid next to me would step out from the cafeteria bench to pick up a plastic spork and/or ice cream, I’d think I was doing a humanitarian deed for them and society by throwing away their “trash.” Because, unattended food is trash, right? The world is already filled with too much crap, so it certainly does not need more. I was always confused why my first grade classmate Josh Vernockie would come back mortified that his slummy Lunchables nachos were gone. He would cry, the lunch lady would point at me from across the room with the look of disapprobation and hand me a citation slip. I would sob in tears of confusion and despair, because I thought I was doing society a huge favor by cleaning out what I considered was trash. Why would a good deed lead to punishment? Apparently, I mistaken what he wanted to finish eating as trash. I was the horrible person who I feared from becoming: I was the bully who caused a handful of kids from 1st to 3rd grade to starve throughout the day. True story. Yet after all the citations, tears, and getting satisfactory for citizenship on my report cards, I have learned to be more mindful of other people’s food and trash and be a better citizen in society. Sorry Josh Vernockie and all the other kids I threw food away from…

Fast forward 18 years: I had lunch with Kirk Bairian, co-founder and editor in chief of No Greater Good Magazine. (Check out my previous interview about Tokyo with Kirk here) This time, I controlled myself and did not throw this man’s lunch away. And he discussed with me that his next issue’s theme is going to be trash. Brilliant. And he asked me to come up with a recipe that revolves around this theme. …even more brilliant. Potato skins get practically no recognition. People just want the flesh because they think potato skins aren’t edible or useful. But this recipe enables potato skins to be something greater than trash. It gives the potato skin a chance to crisp into a delectable snack and hold all the goodness together.

Wasabi mayo really goes a long, long way. If you’re like me who struggle to find wasabi in Albertsons  (no, Albertsons staff dude – just because it’s a popular Japanese ingredient, wasabi isn’t next to the soy sauce in the pantry),  just pick up the conveniently delicious Trader Joe’s Wasabi Mayo. I promise a dollop of it is magical.

And yes! look out for this recipe featured in their next issue at Hennnessey + Ingalls, Pop-op, Skylight Books,William Stout Architectural Books, Needles + Pens. 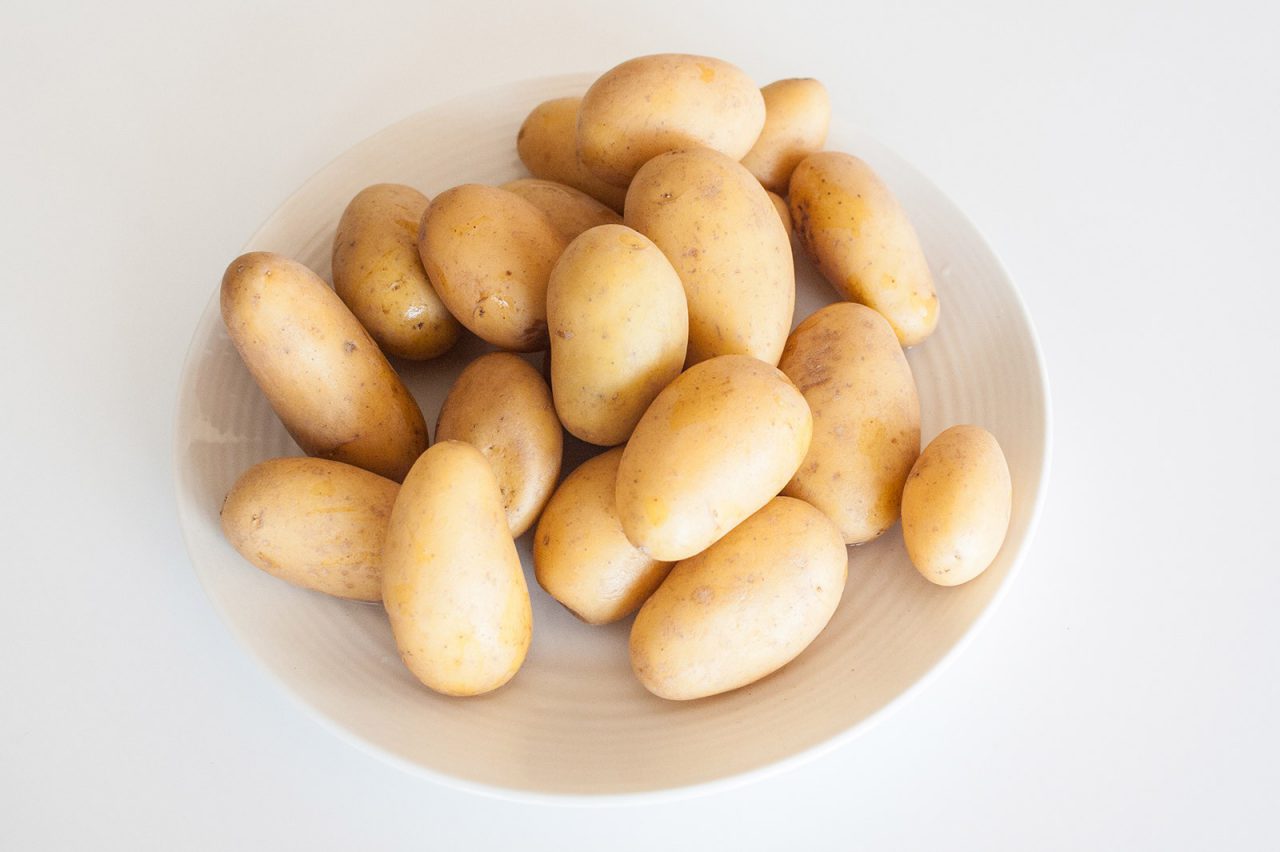 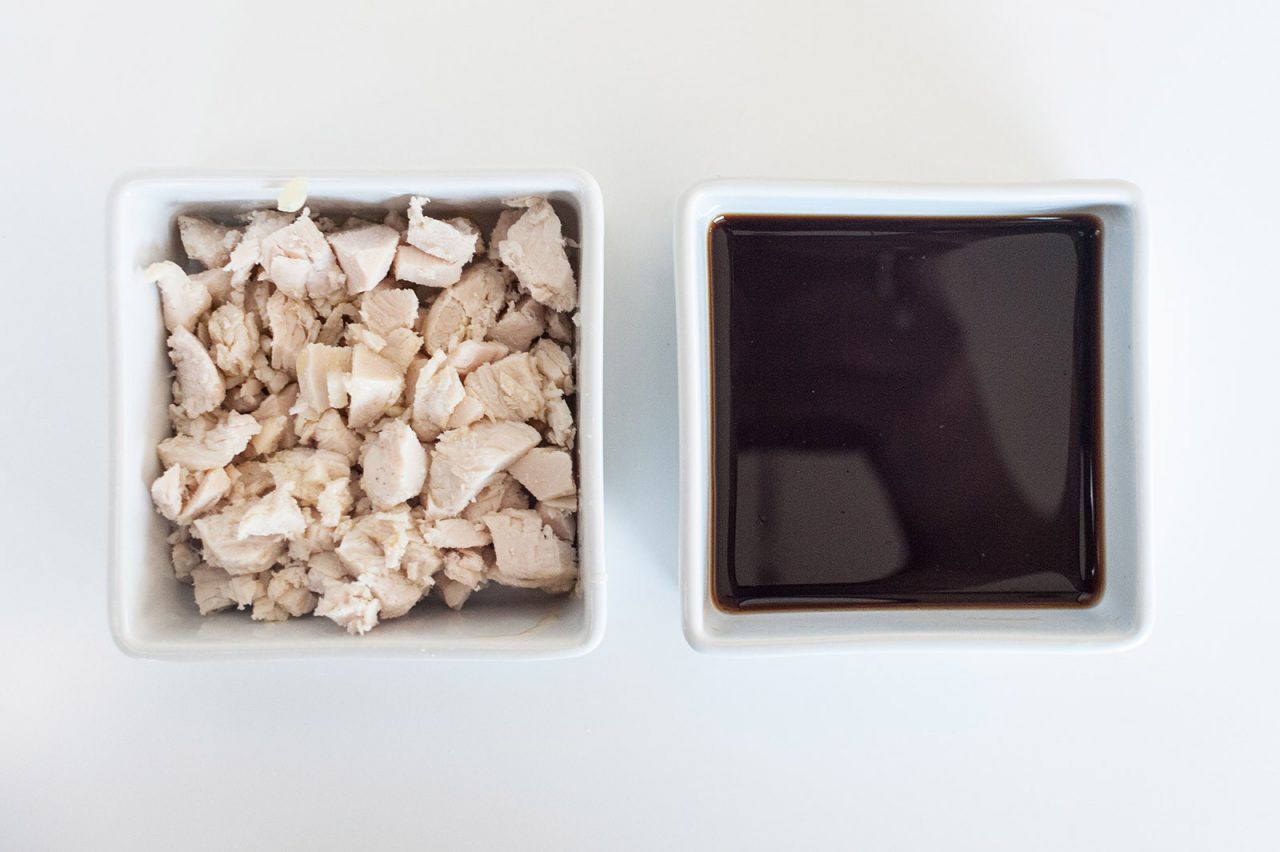 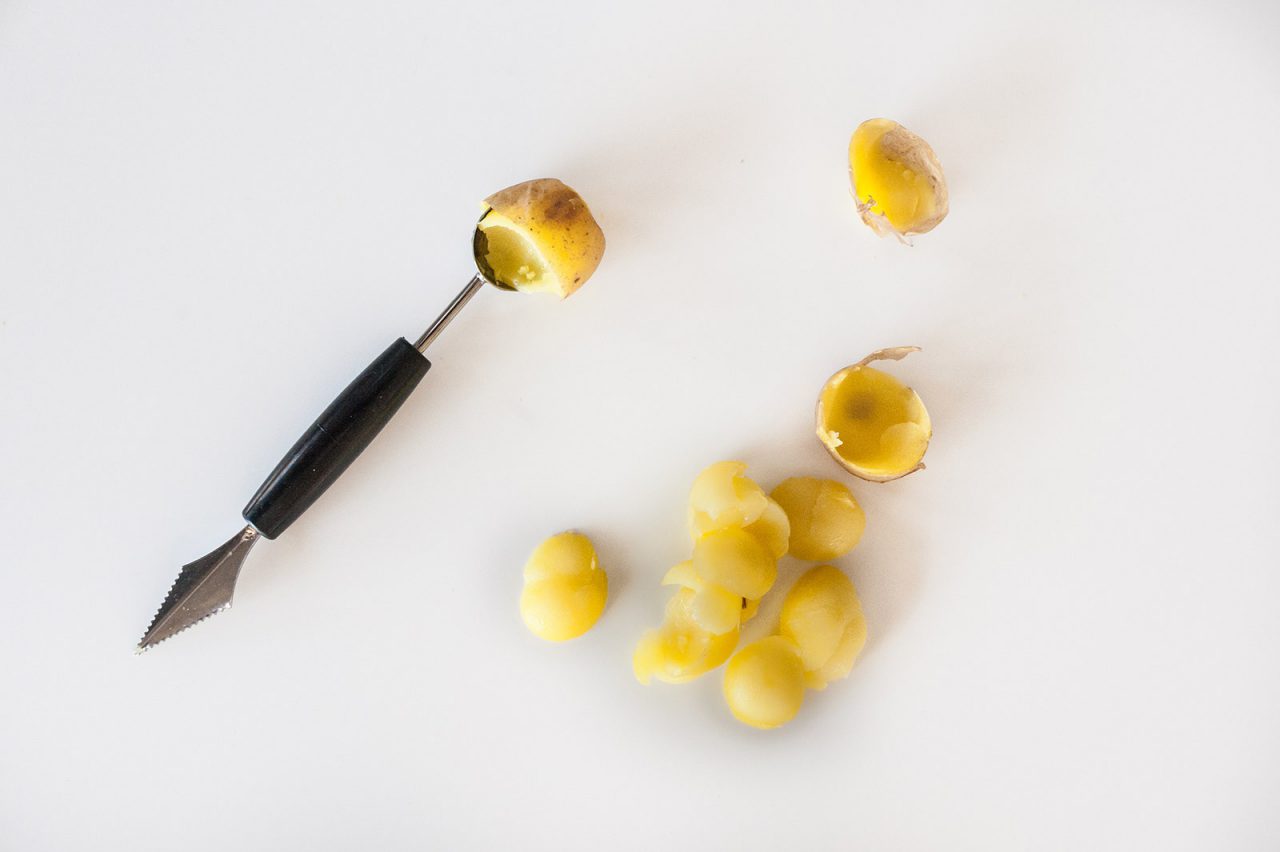 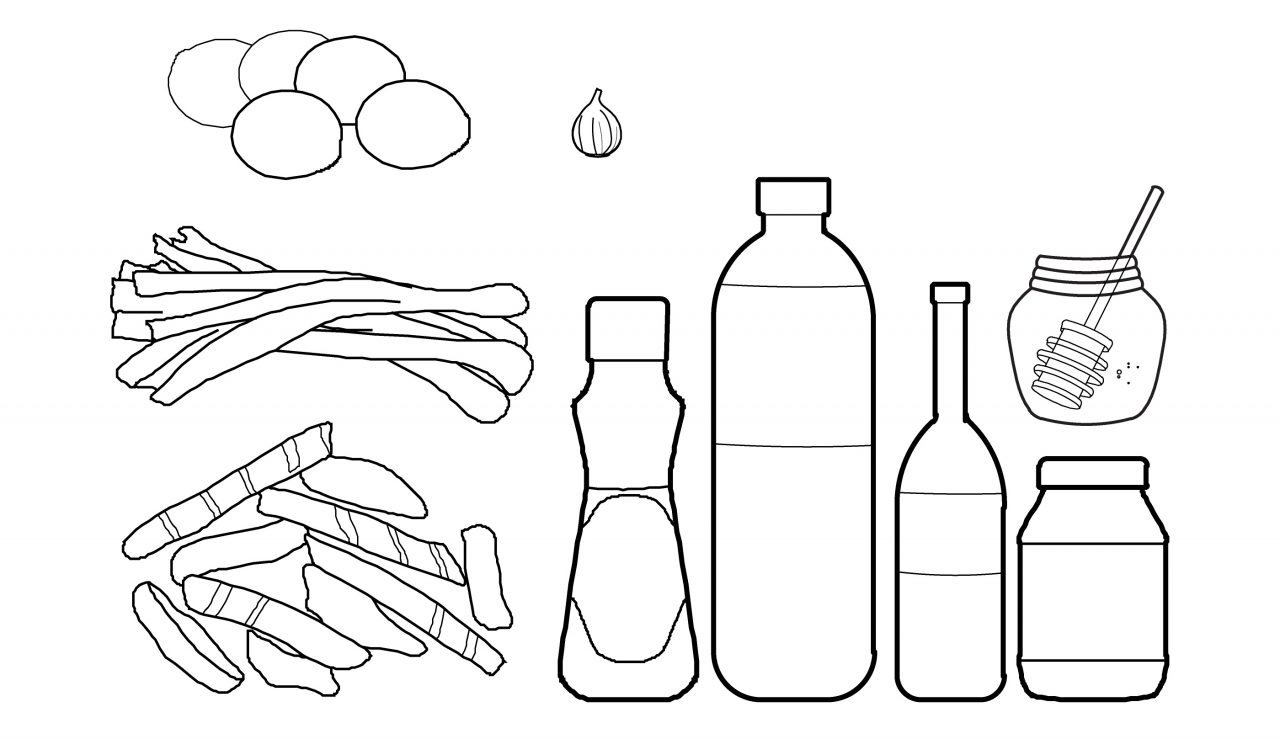 Put the potatoes into a large pot and cover with cold water. Bring to a boil over medium heat and add a generous pinch of salt. Cook for 8 minutes so that they are tender but still slightly firm. 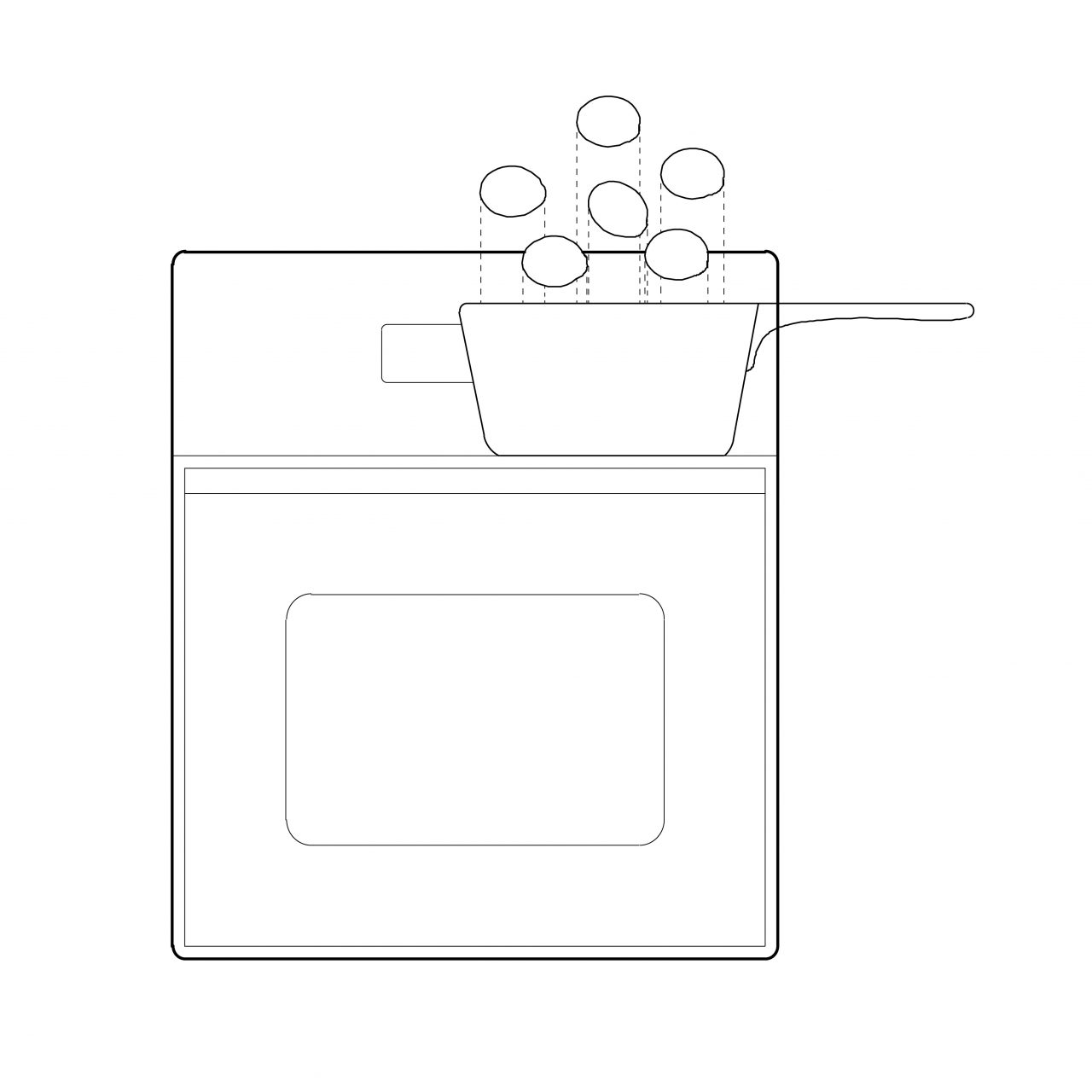 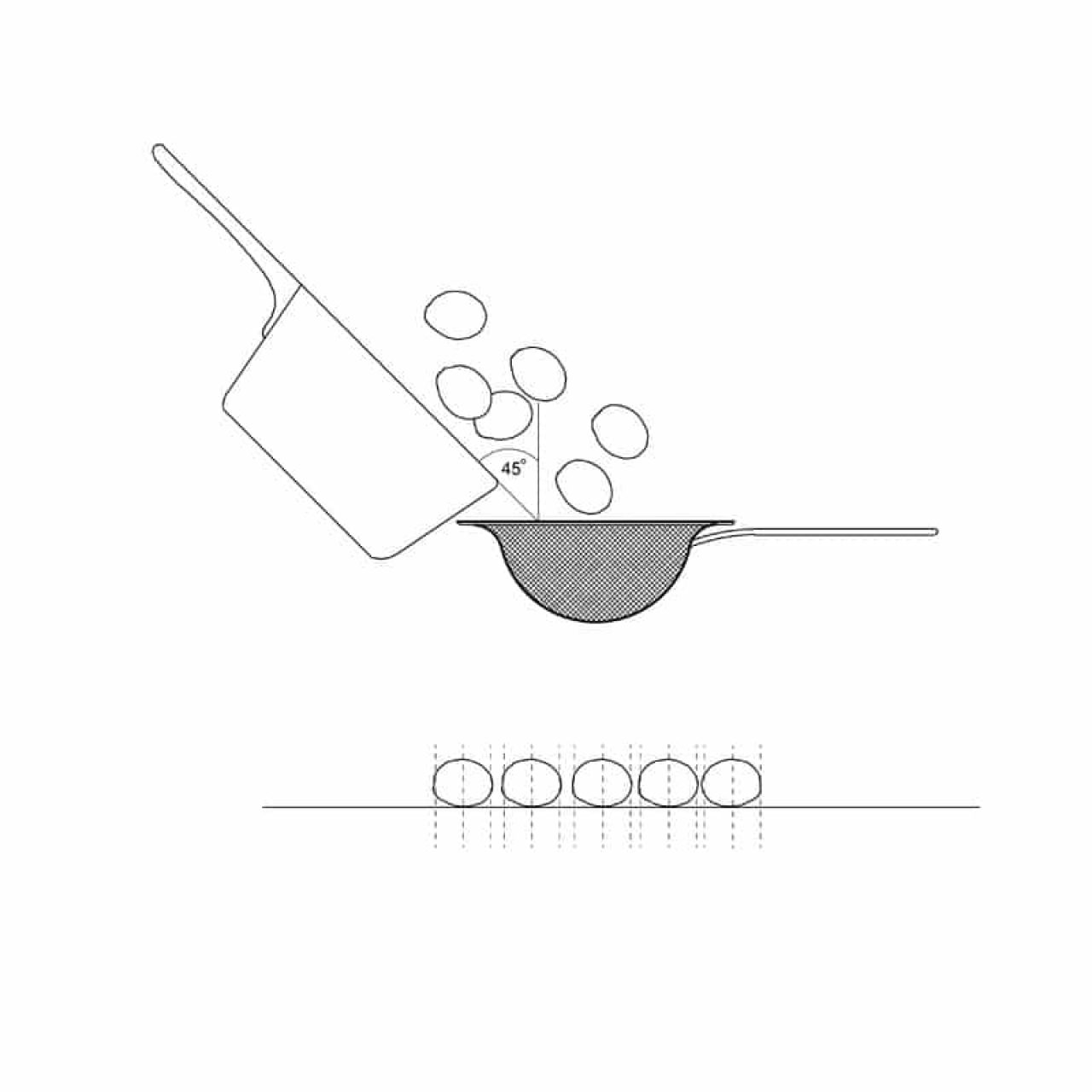 Carefully scoop out the inside flesh of the potatoes, using a teaspoon or melon baller. Brush them with the sesame oil, then sprinkle with chopped garlic cloves, salt and pepper to taste. 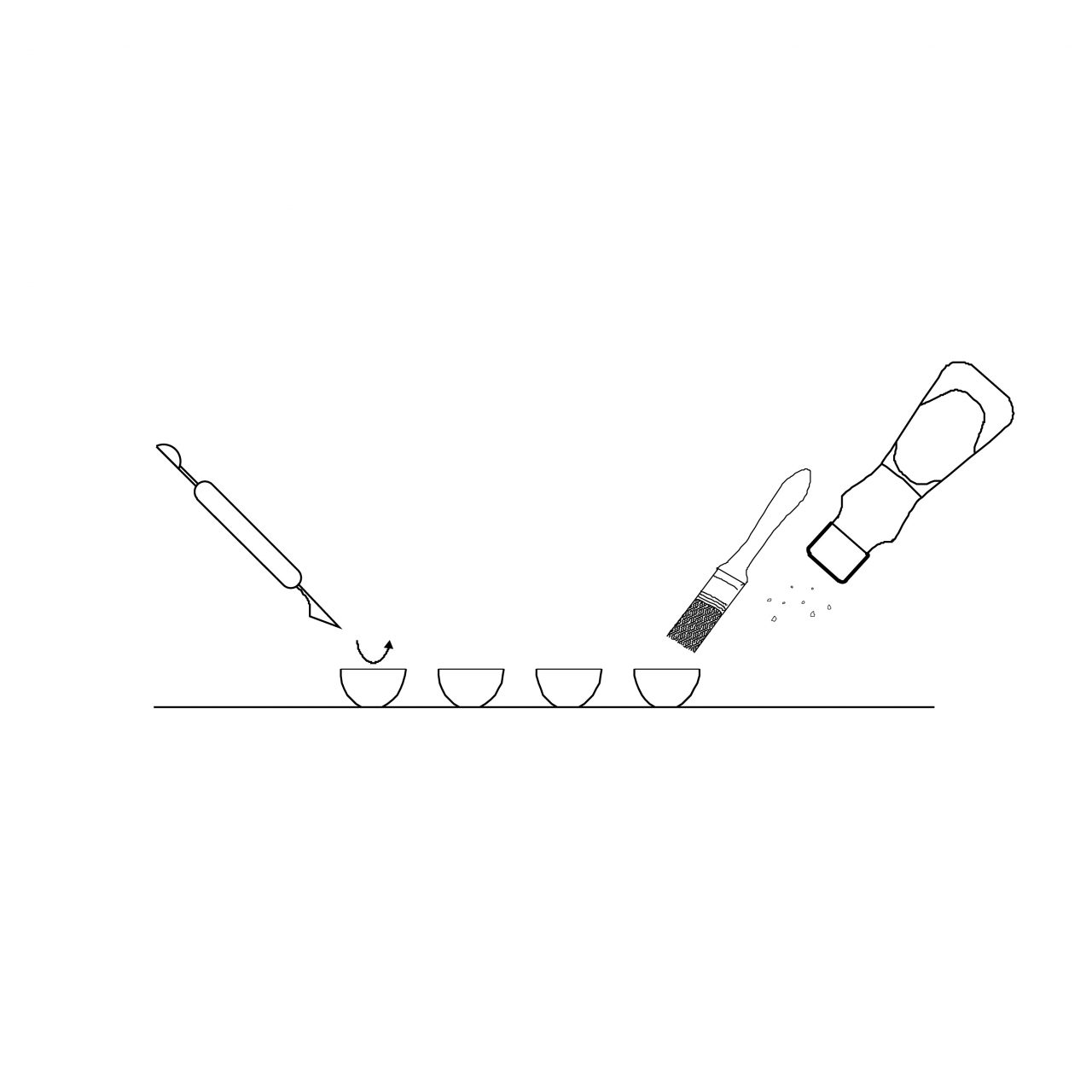 Preheat the oven to 400 F. Arrange the potatoes, cut side facing up, on a baking sheet. 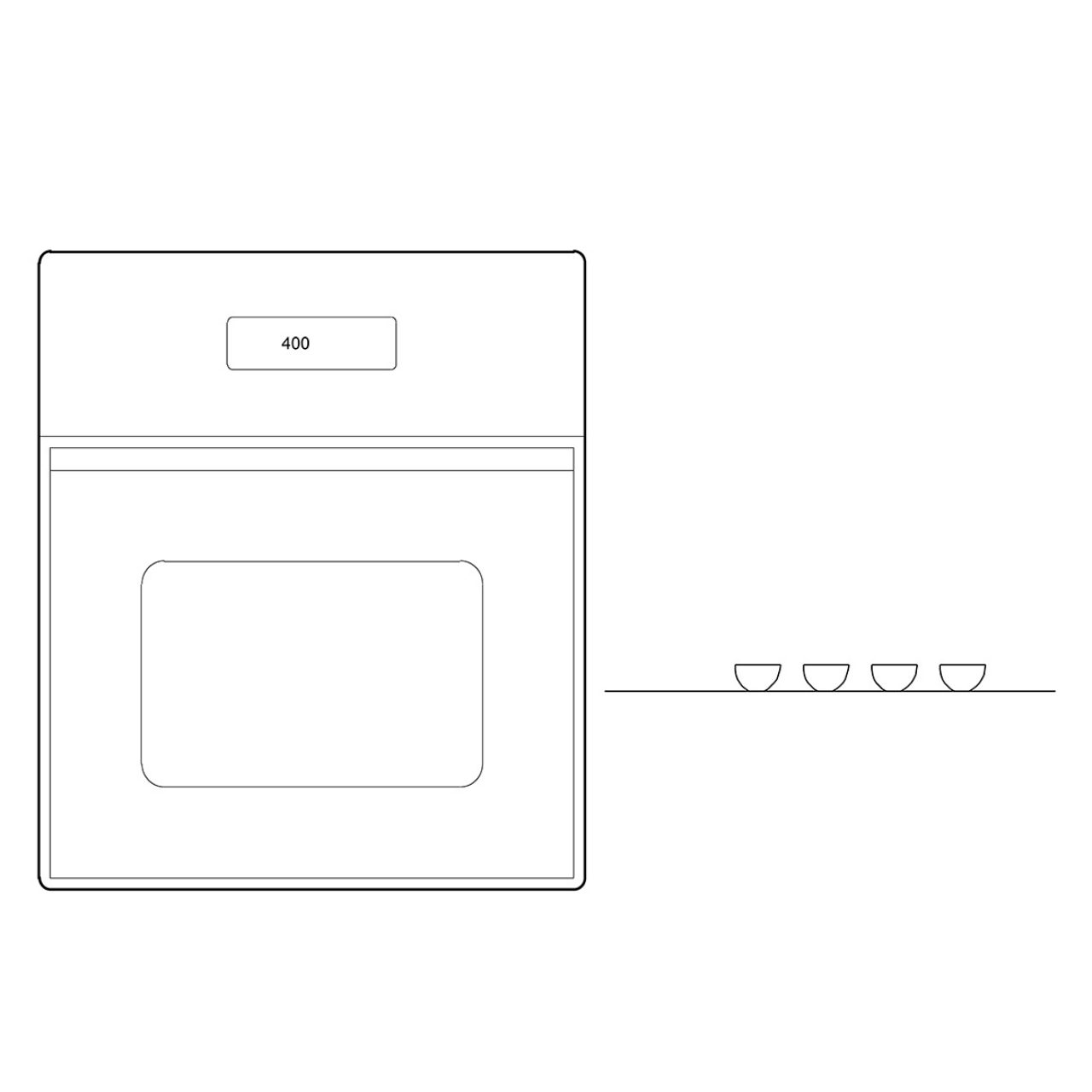 Bake the potato cups until slightly crisp, about 5 minutes. 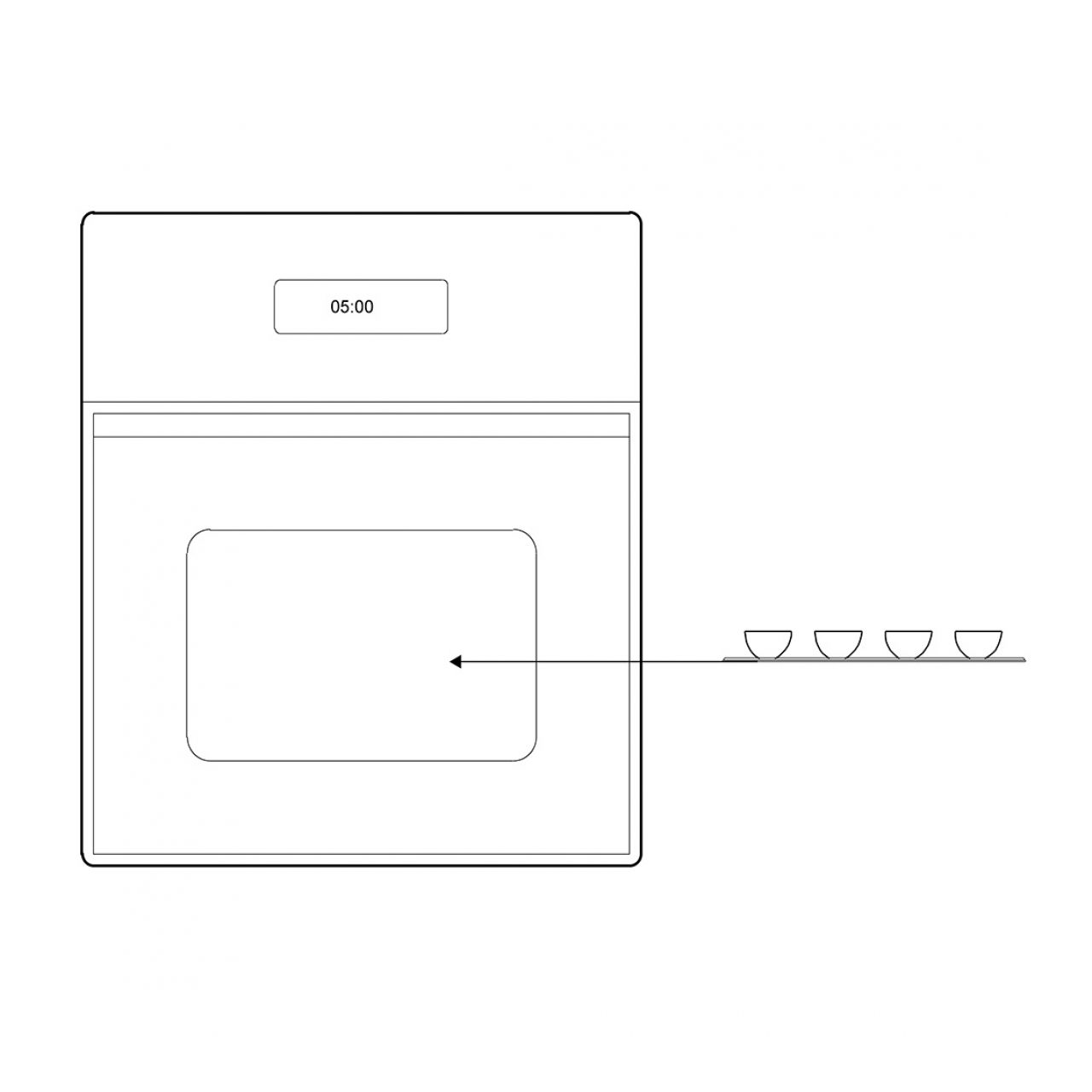 While the potato cups are roasting, mix together the soy sauce, mirin, and honey in a small bowl. Then stir in the cooked, chopped chicken breasts. 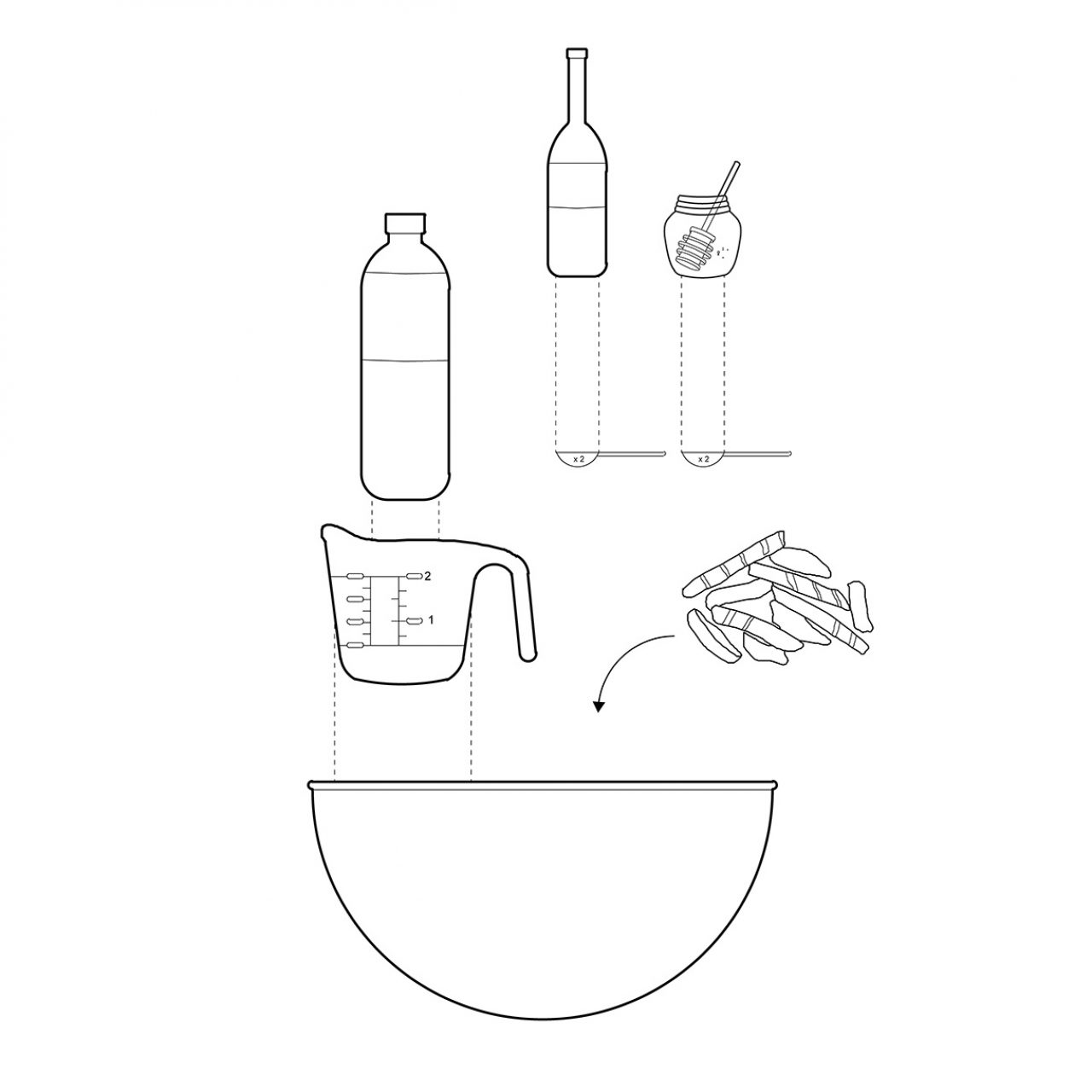 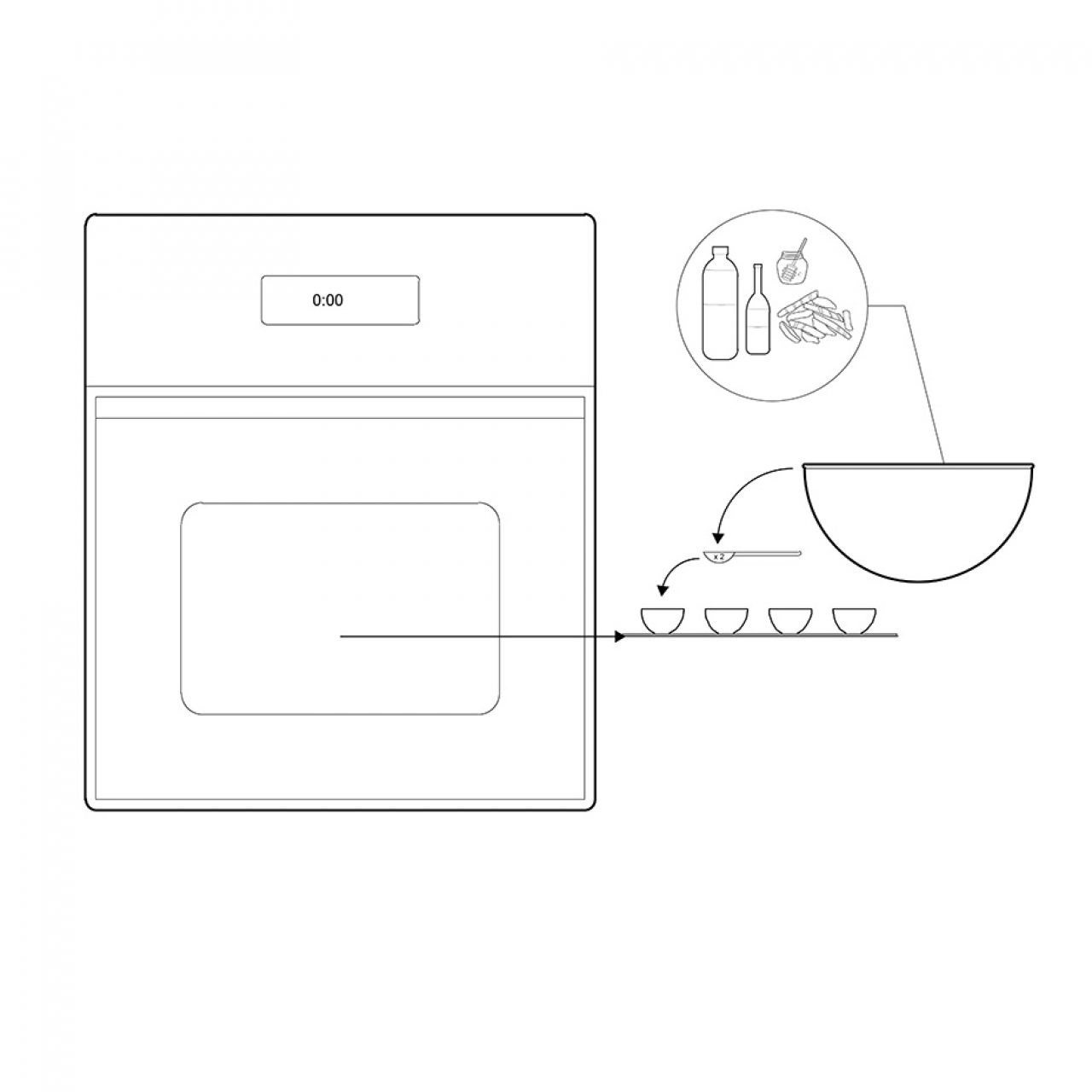