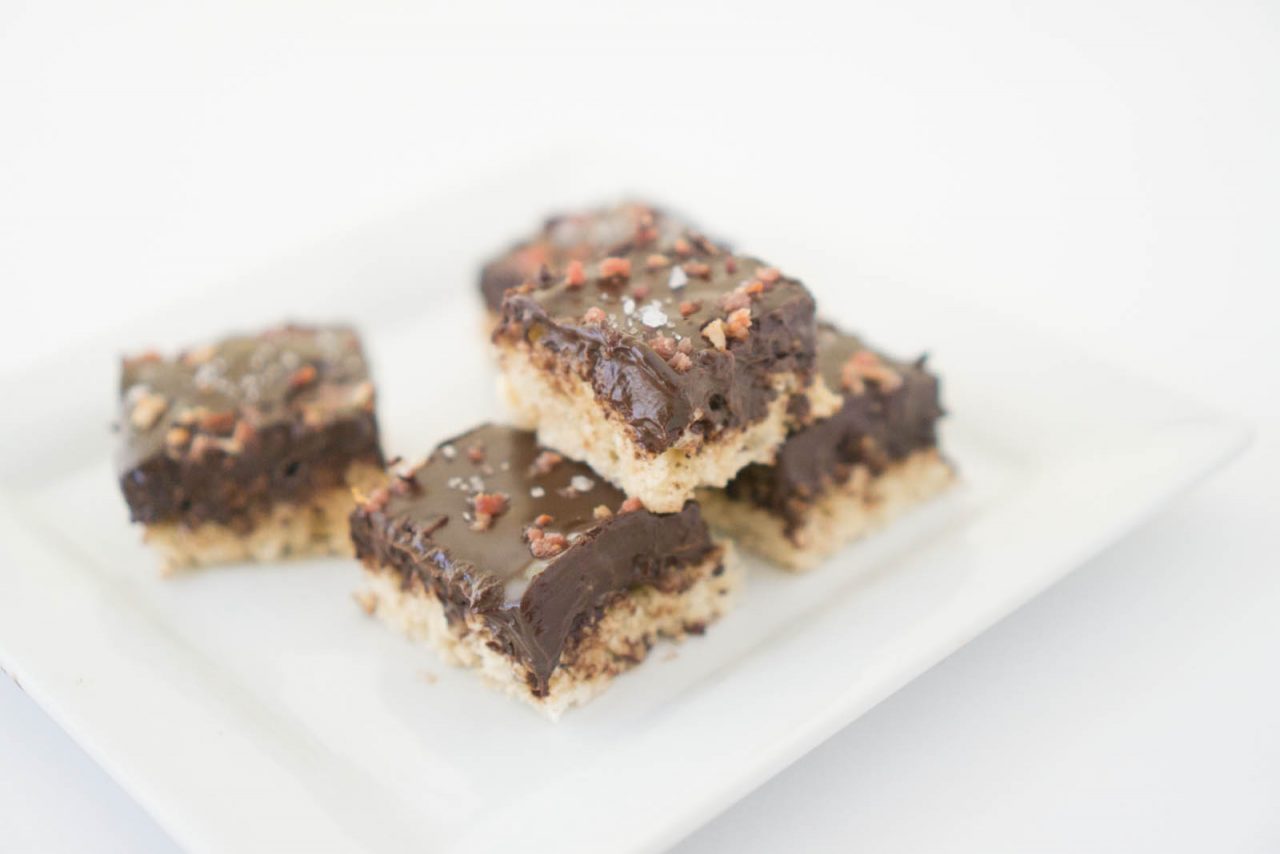 BOOM. I’ve been dreaming about putting adult twists to childhood comfort food and naturally thought of working with Rice Krispies treats. I also missed making chocolate ganache… so I added a deathly twist by turning the classic Rice Krispies  treats (cereal, marshmallows, butter, all morning goodness) into adult versions by using some of the beer Mark from Tsingtao gave me from LA’s Eat Show a few weeks ago to make chocolate ganache (yes, chocolate ganache is traditionally made with a 1:1 ratio of heavy cream to chocolate, but you can substitute half of heavy cream with beer; 1/2 beer, 1/2 heavy cream, 1 chocolate)

My eyes instantly sparkled  as if I were back in college again… because of all the memories I had with Tsingtao beer at house parties, backyard BBQ’s, dining events….

I highly recommend chopping up the bacon into smaller bits and actually cooking it into the chocolate for more flavor. Or you can cook it separately, chop it up into small bits and sprinkle it all over the chocolate ganache. Bring it up another crazy notch and sprinkle some POTATO CHIPS on that. Yep. Thank you Momofoku’s compost cookie  for inspiring me. Salty and sweet, soft and crunchy…these flavors and textures go one helluva long way. 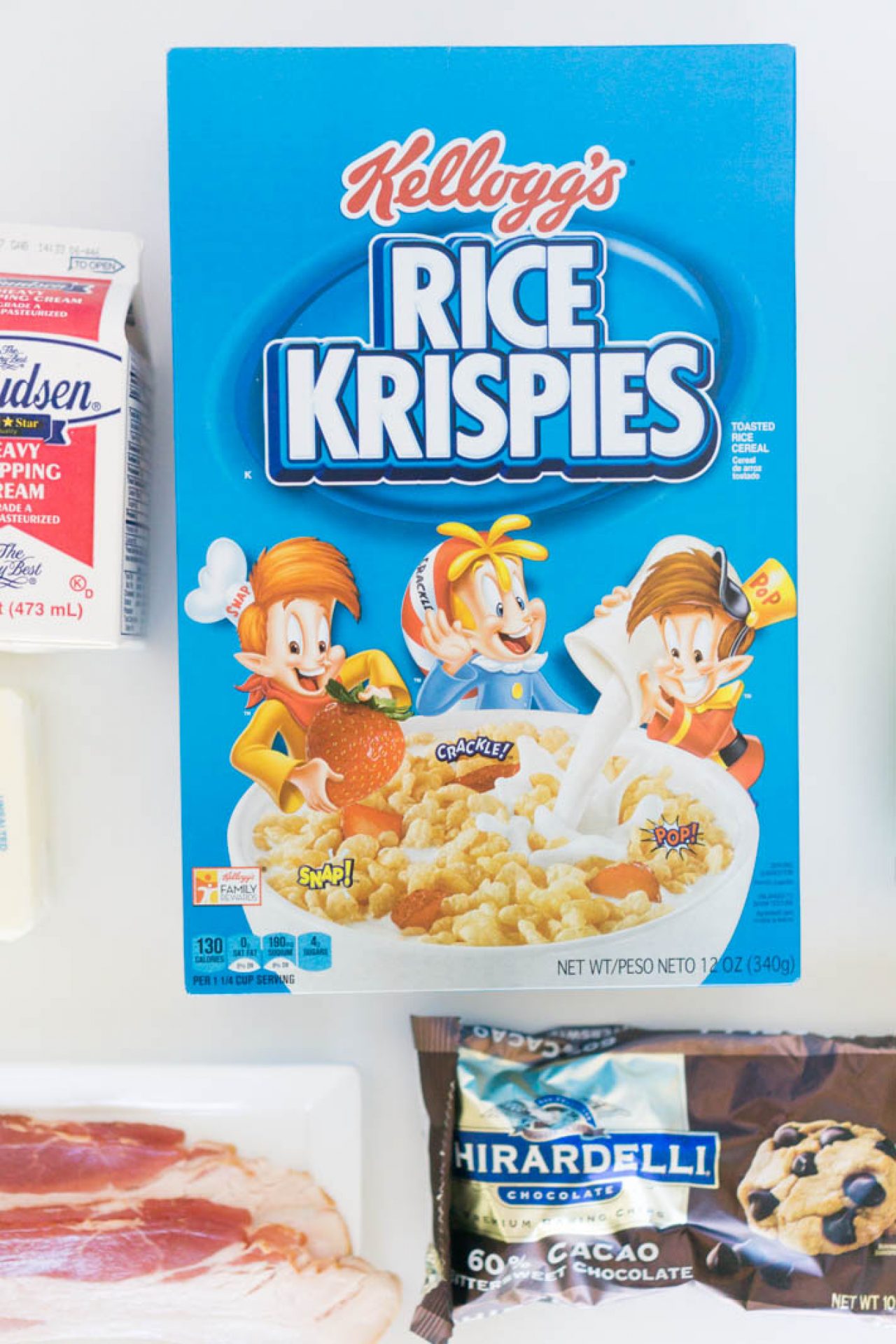 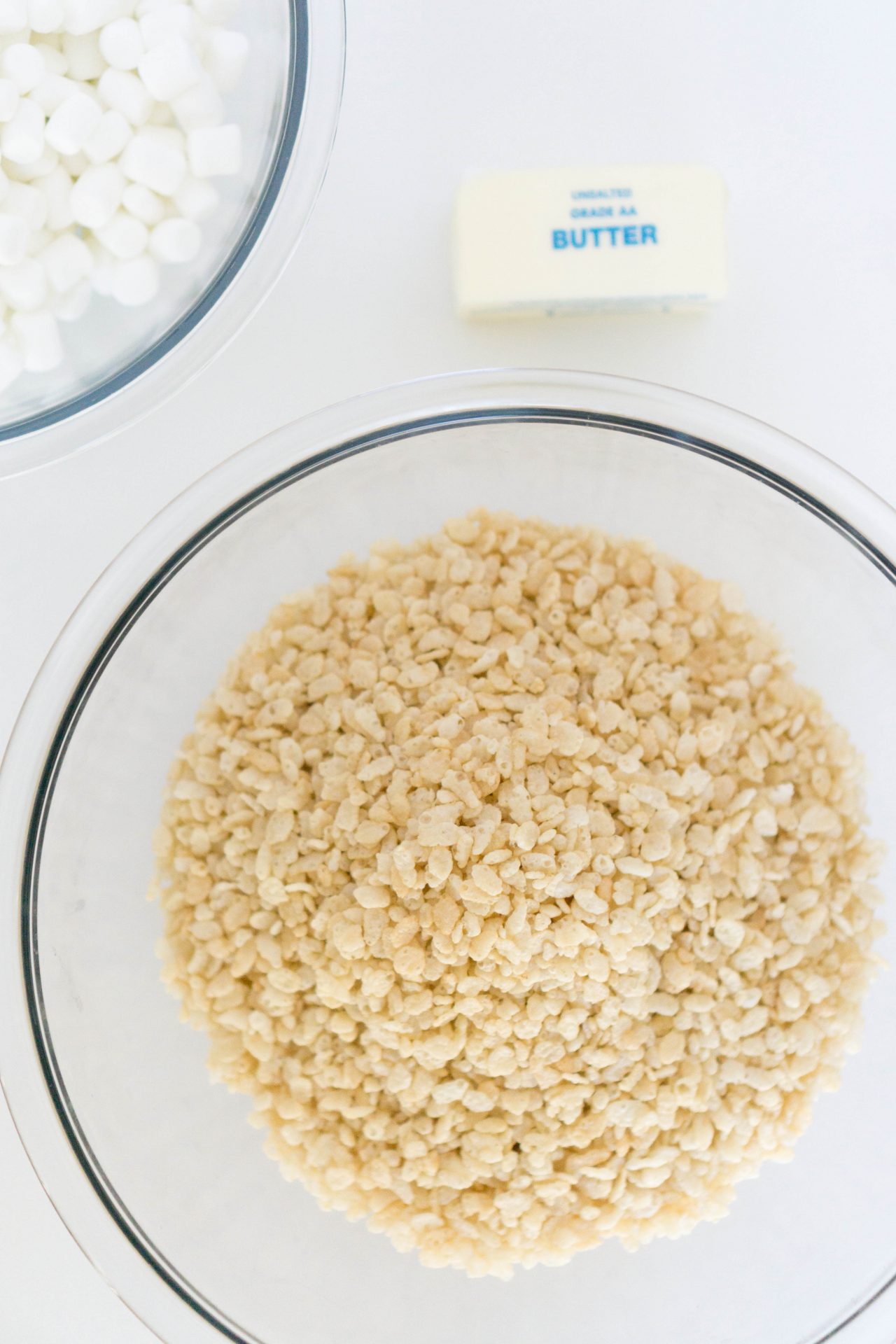 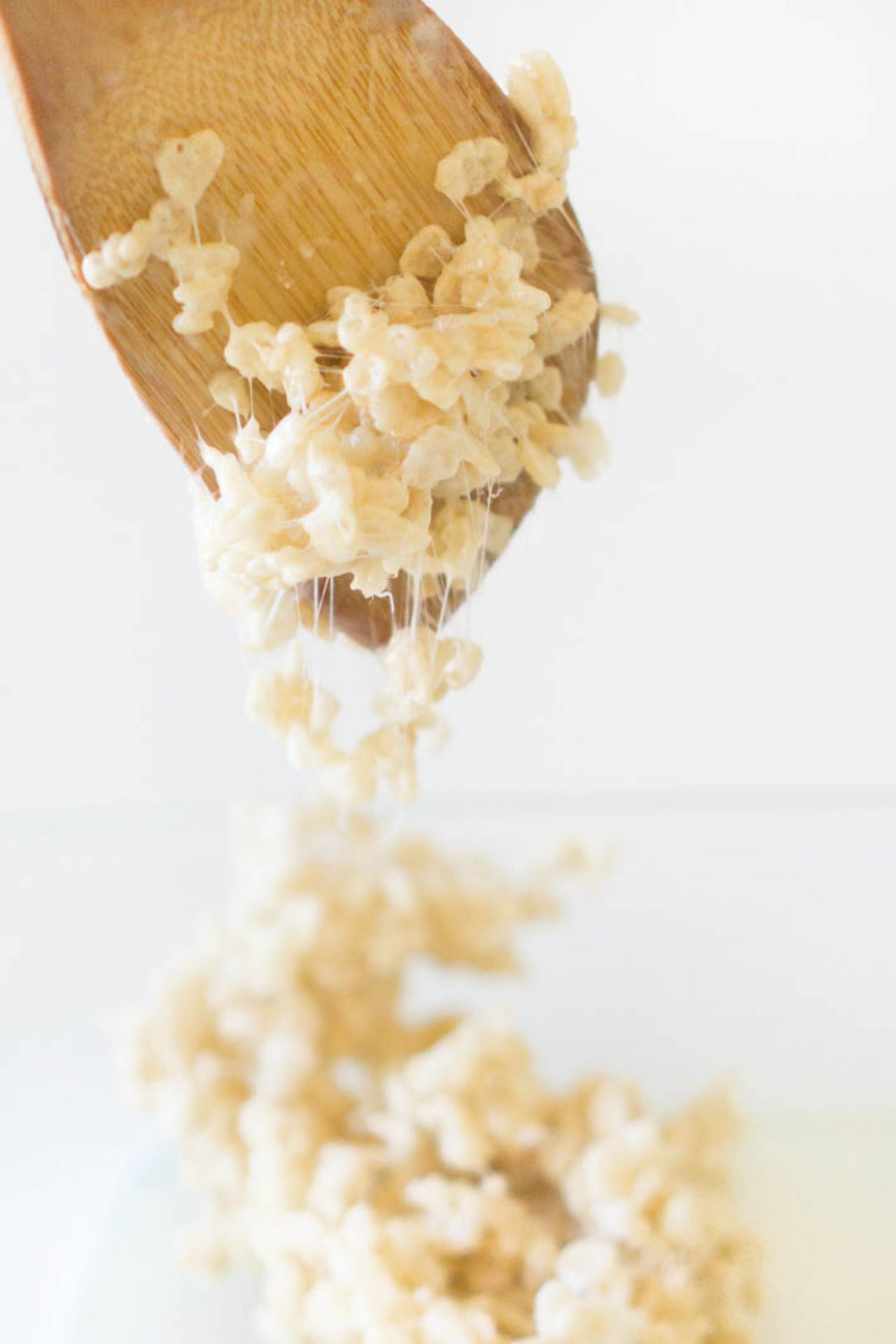 Anyway, can I share with you friends the history behind Rice Krispies? Rice Krispies started in1928. Kellogs rice cereal and the treats were inspired by marshmallows squares that these “Campfire girls” (similar to Girl Scouts) sold marshmallow squares.

Although  the cereal’s been a classic…it’s been quite sad that every year Rice Krispies sales have been dropping 7%. In efforts of saving their cereal, Kellogs claimed that their cereal is filled with vitamins and thus increase childrens immunity and productiveness! They were initially sued by the Health department. Later after paying the settlement, they even claimed that they “improve childrens’ attentiveness by nearly 20%”, and was sued again in late 2009. Since then, they’ve been strictly forbidden to make any health claims.

Poor Rice Krispies cereal. I wish I could support, but because the cereal is 200% bland, provides 0 nutritional value, and doesn’t taste any better when milk is poured into it, I honestly would never eat this cereal by itself…. I only buy this cereal to make my rice Krispies treats (with beer chocolate ganache and bacon)

In a large saucepan, melt the butter over low heat. Add the marshmallows and stir until completely melted. Remove from heat. Add the Kellogg’s Rice Krispies (or another brand) cereal. Stir until well coated. 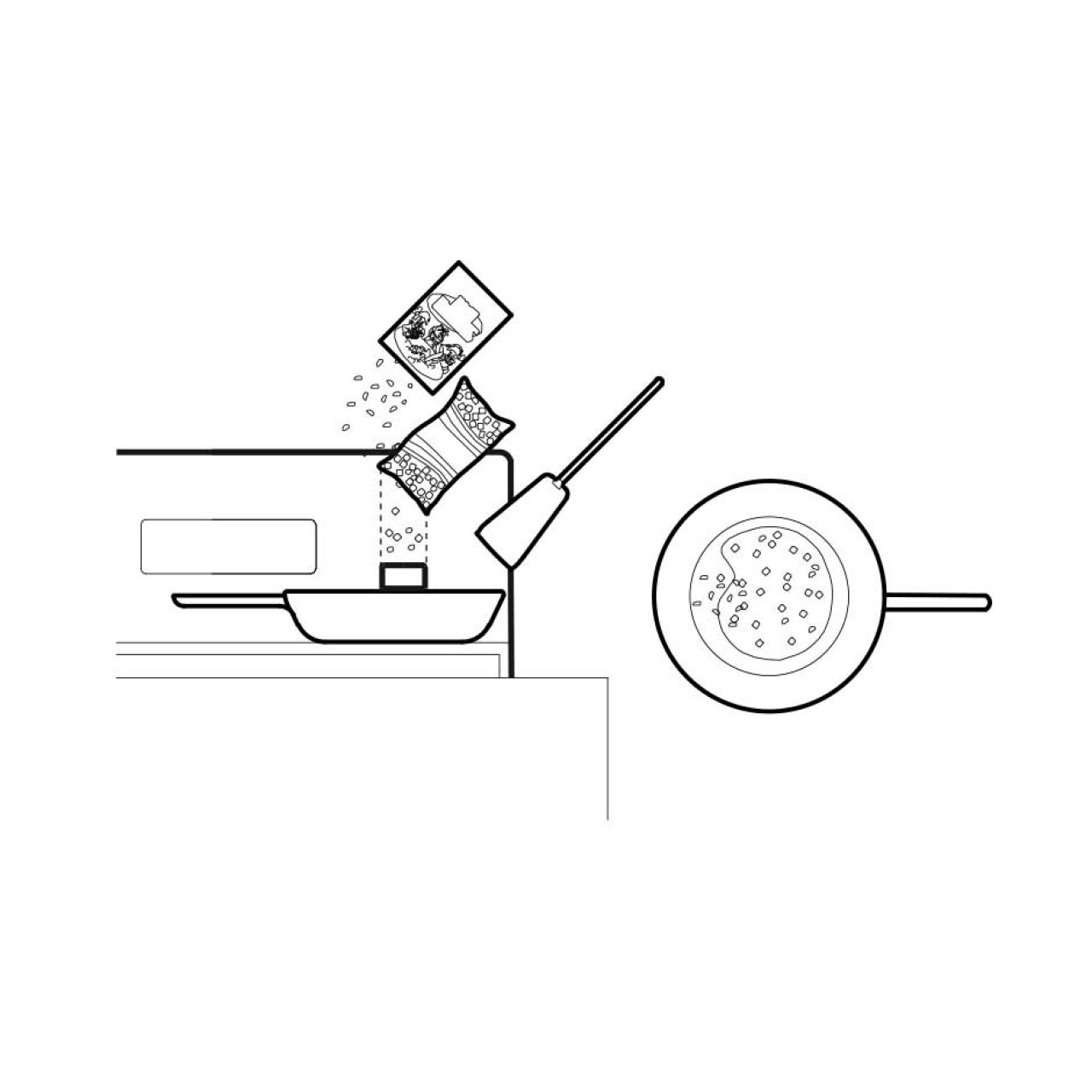 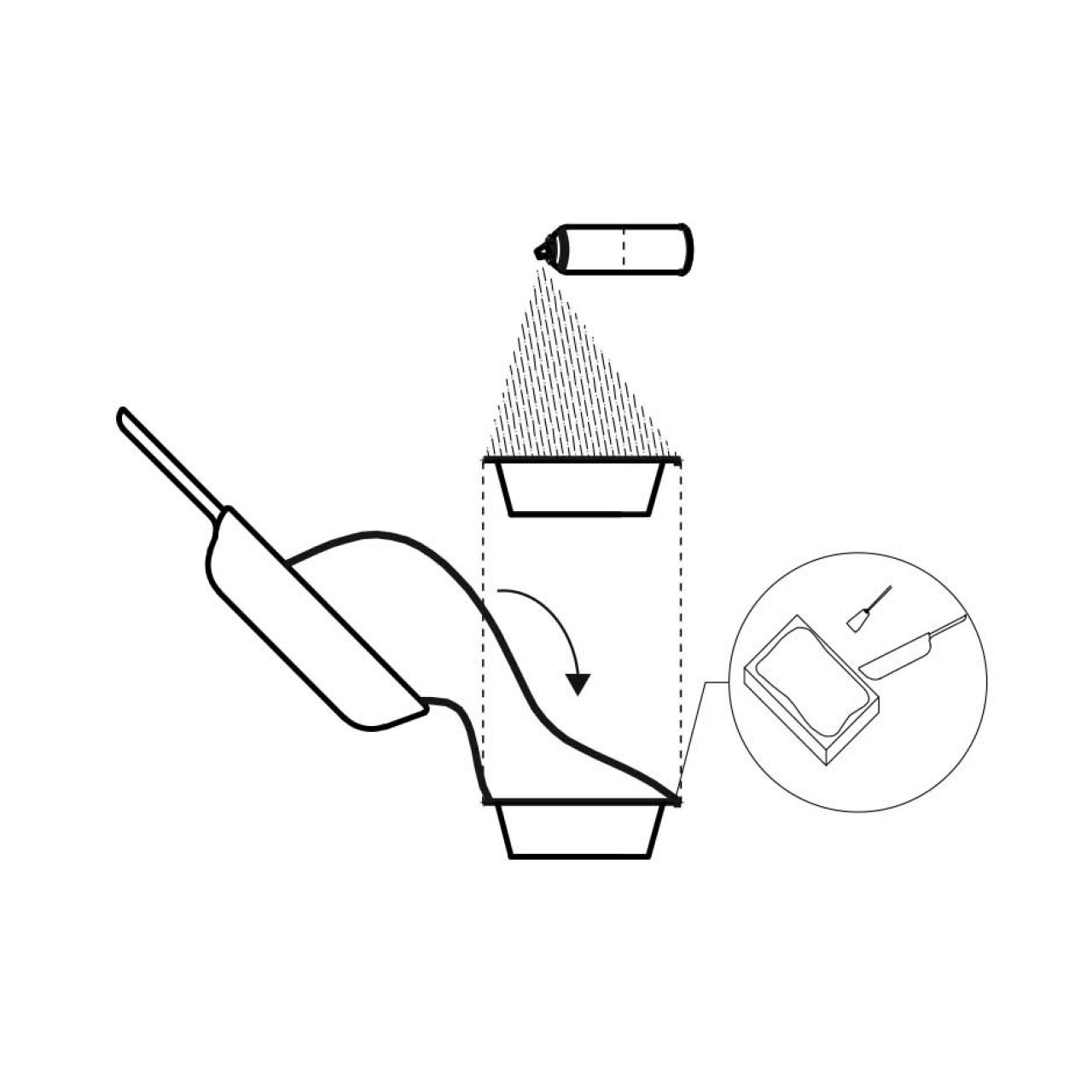 To prepare the beer chocolate ganache, cook the 1/2 C beer, 1/2 C heavy cream, for about 5-8 minutes until hot and bubbly. 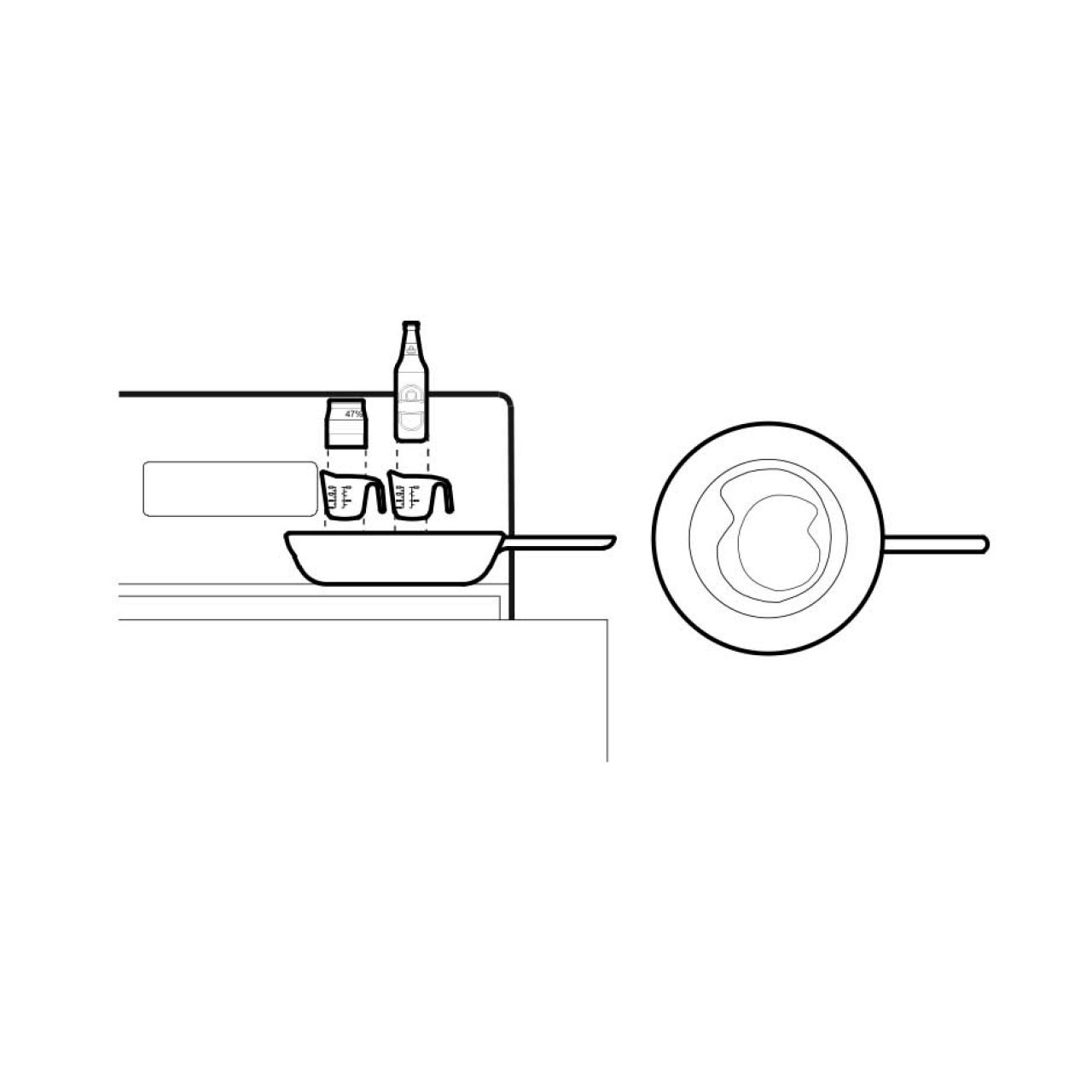 Cook the bacon until well done, set aside and pat dry with a towel. Chop up into small bits. 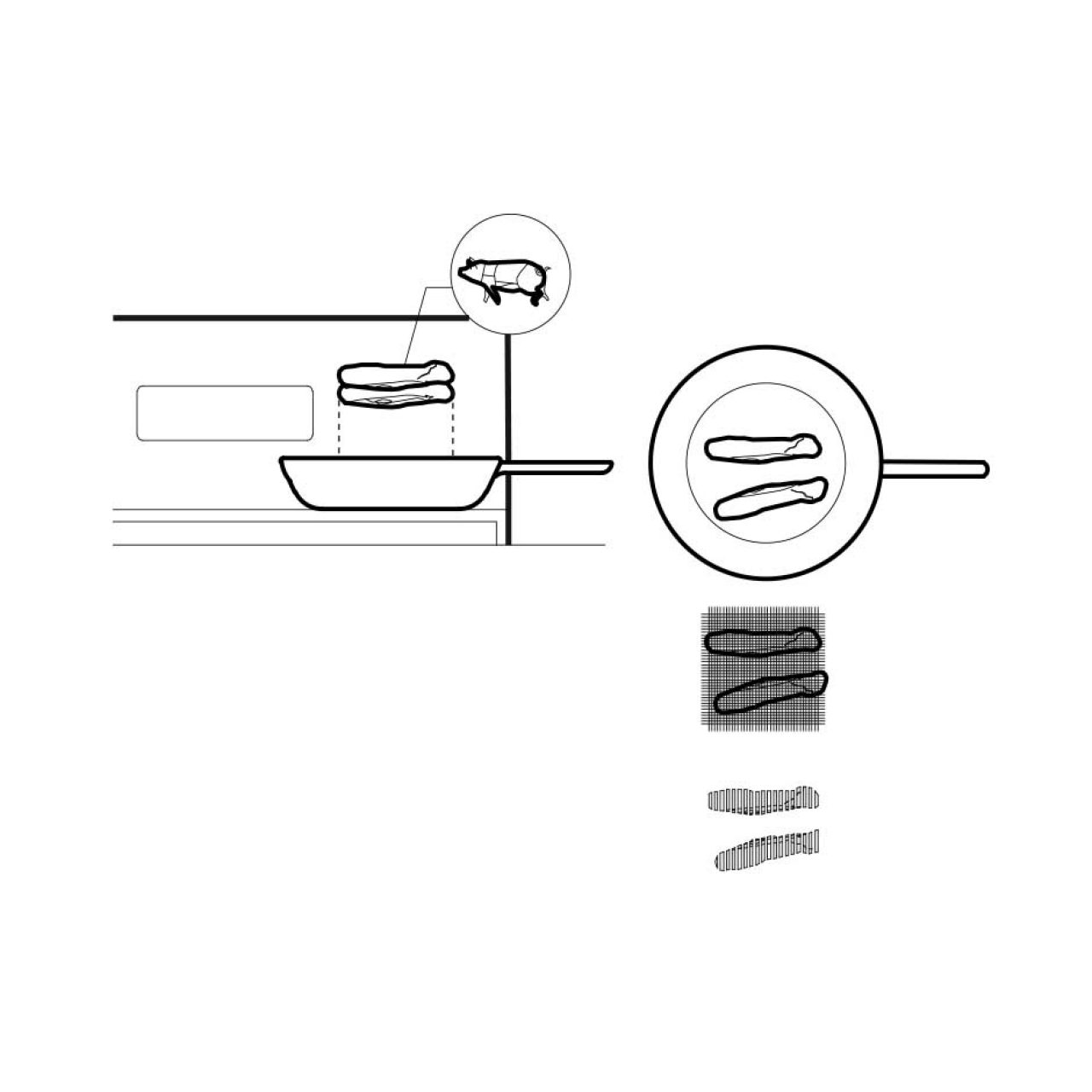 Place chopped up chocolate  in a heat safe bowl. In a pot on the stove, add the heavy cream and the beer and cook over medium heat until hot and bubbly, stirring frequently, about 5-8 minutes. 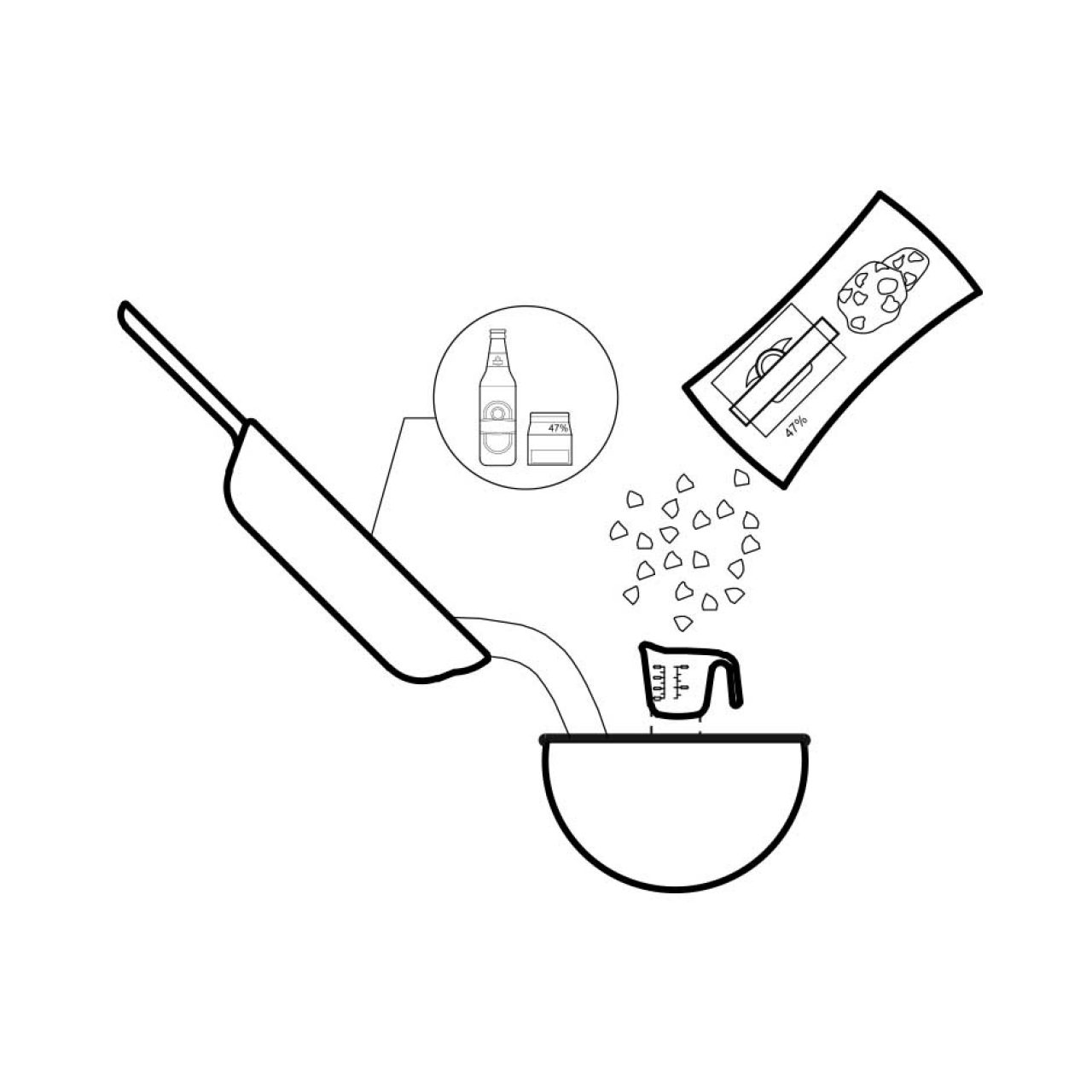 Pour the cream/beer over the chocolate chips and stir until well combined. Sprinkle chopped up bacon evenly throughout. Allow the treats to cool down before cutting them. 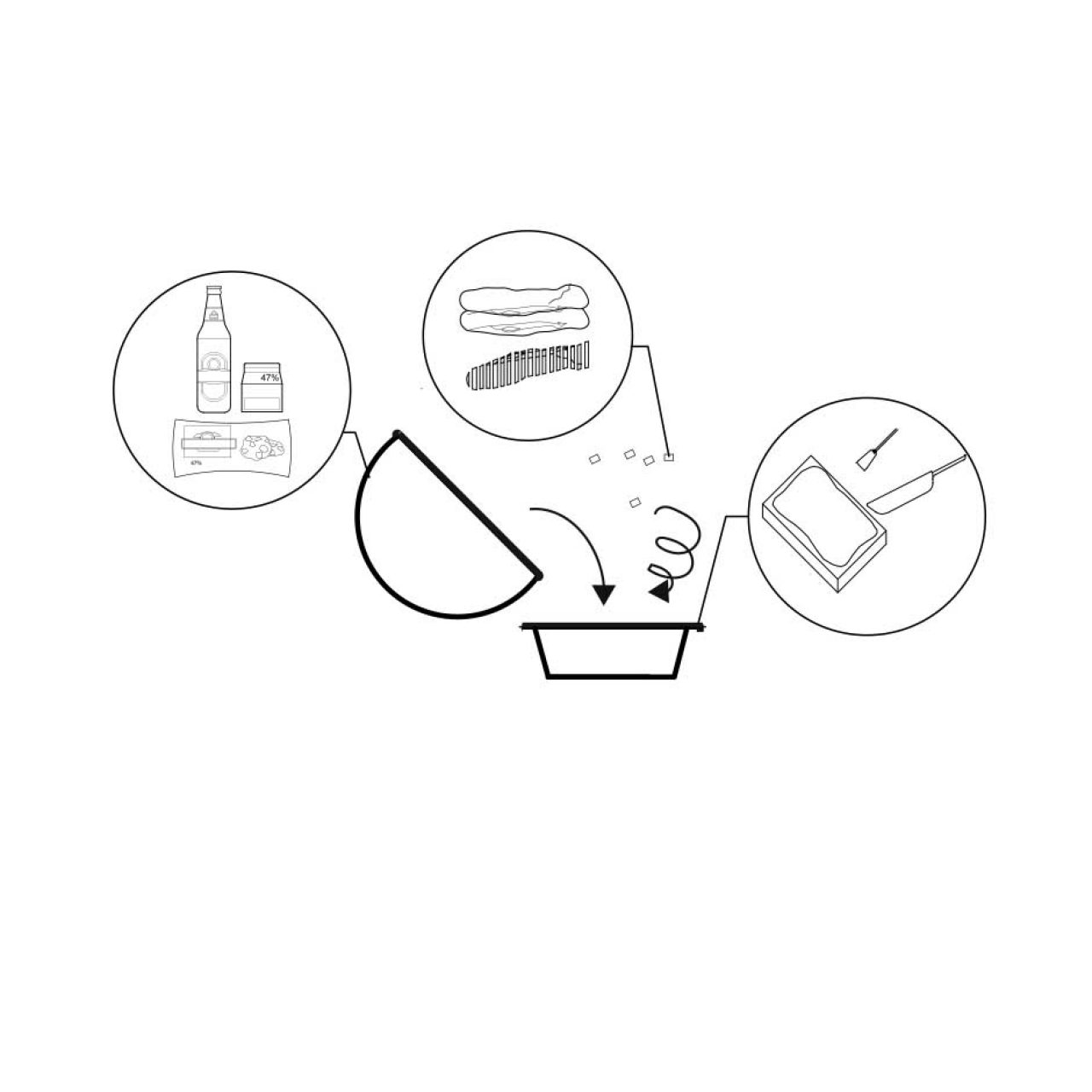 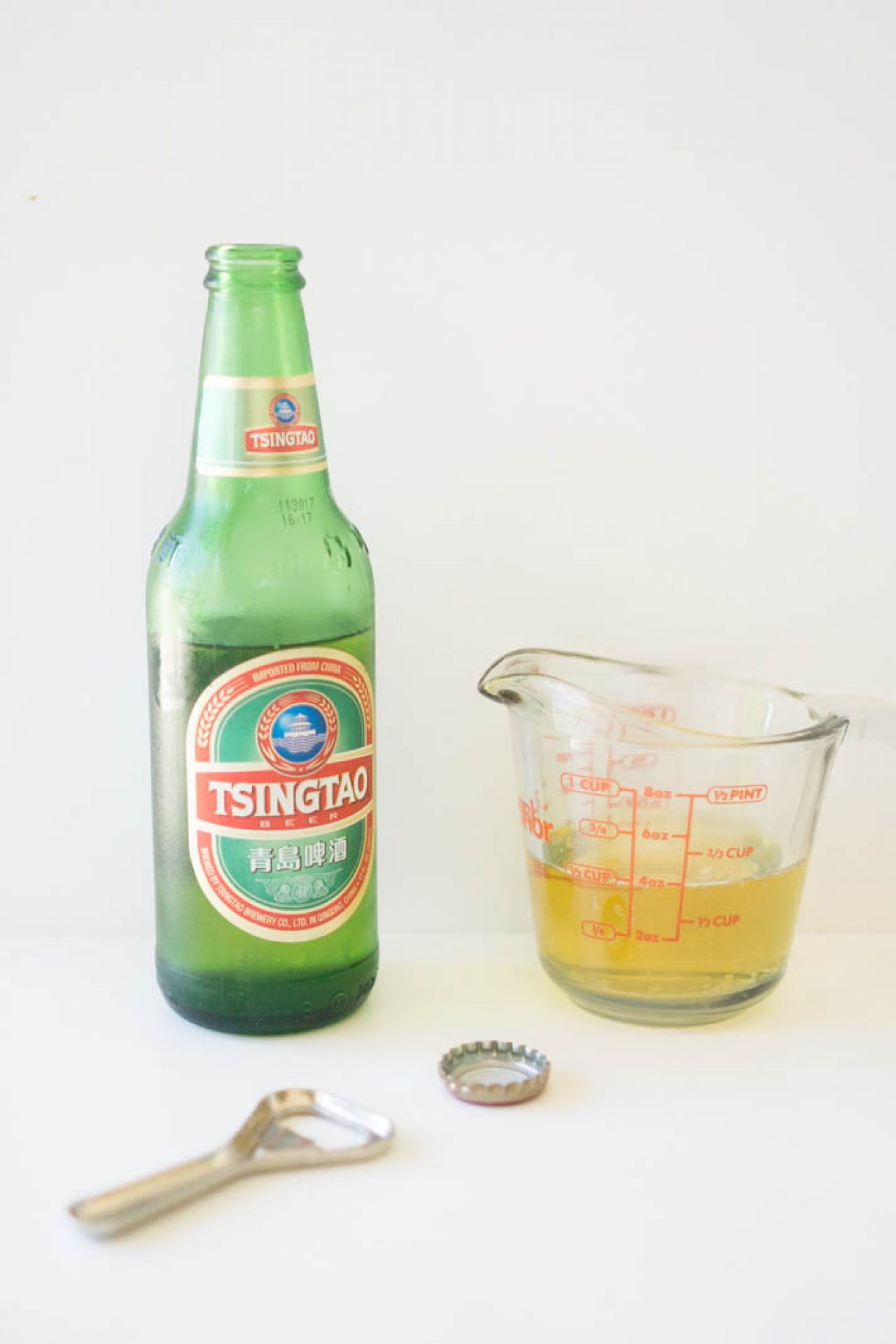 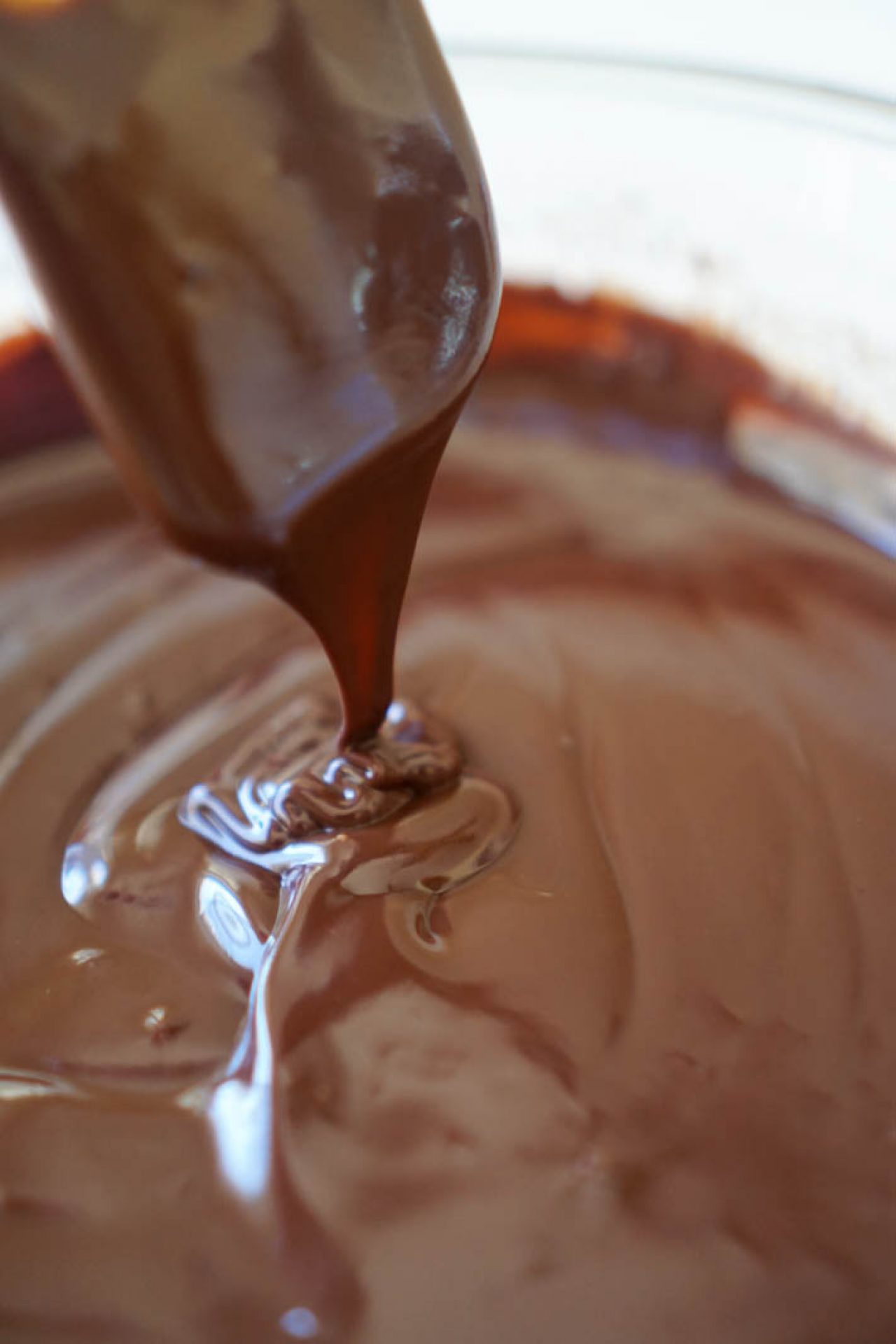 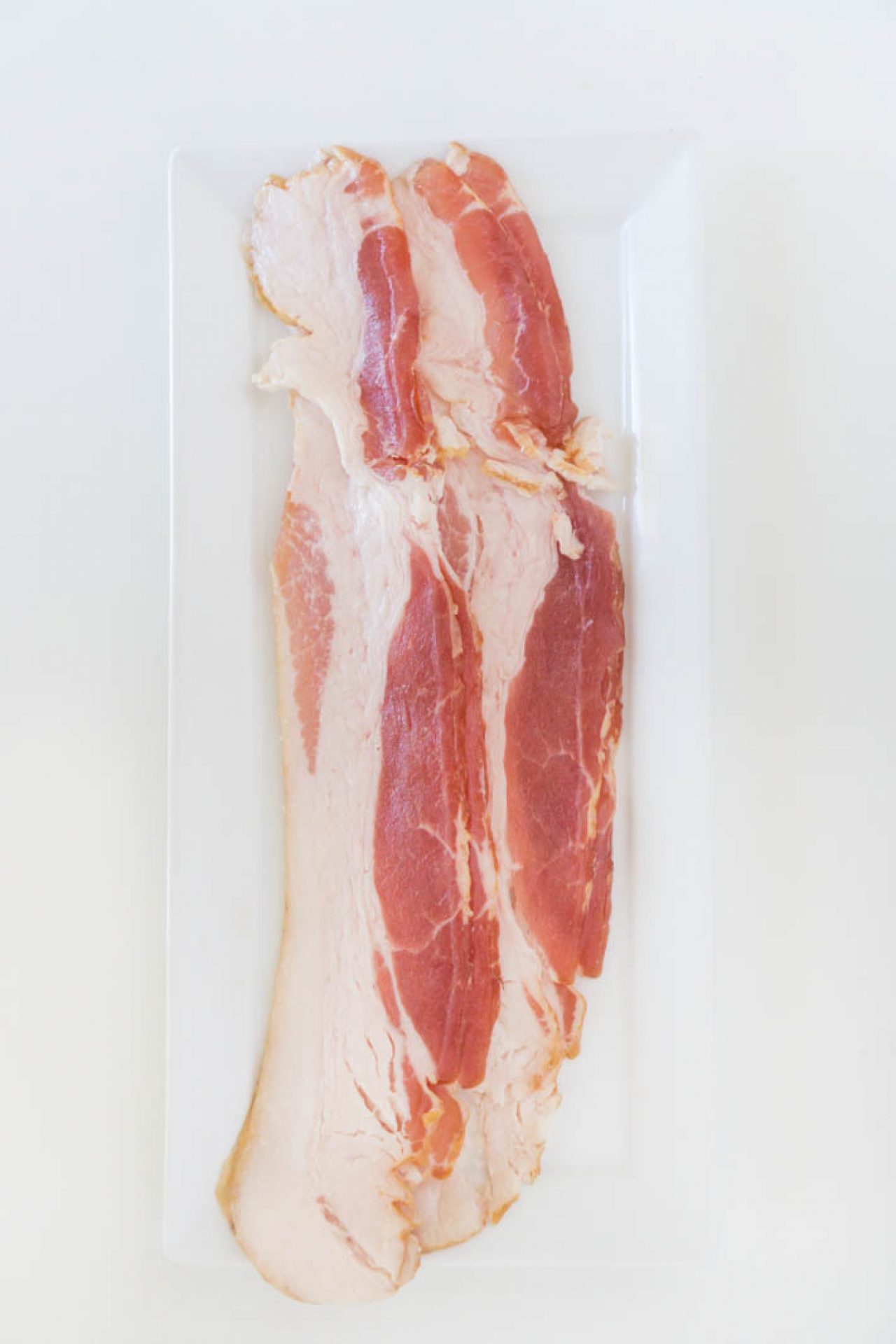 As for my diagrams for this recipe, check out the rice krispies cereal box I AutoCAD for this recipe! Yeah,  it’s gotta be the most pain in the butt AutoCAD block/ingredient I’ve ever drawn, but I’m quite proud of it and my project manager was also impressed! Can you tell which one is Snap, Crackle, and Pop?! (those are the 3 brothers named in honor for the sounds you supposedly hear when you put milk into the cereal. The dramatic temperature shift causes the sounds of the walls to shatter… The slogan snap crackle and pop is quite hilarious around the world.. In Swedish it’s “Piff paff poff” In Mexico its “pim pam poo” Canadians say its “Crick crack  crock” dutch is “piff paff poof.”

Sadly, Rice Krispies has taken a 7% hit in sales EVERY YEAR because of their lack of nutrition and false health claims. They had a lawsuit filed against them for claiming for helping support childrens’ immunity because of the antioxidants and were even sued multiple times for falsely claiming they provide health benefits (like helping children focus). I learned all of this from the podcast is called “Cereal-the omnicast.” Specifically, check out episode 18 Rice Krispies. It’s quite educational and hilarious.I recommend ya’ll to listen to it when stuck in traffic or when you make it yourself 😉

Lastly- as for AutoCAD updates, I turned in my first draft of my script for the film. They really liked it! And today was notified that I made it on the list of AutoCAD’s 35 designers under 35. This month, I was featured as the first! AHHH.  Happy June err’body. Help me stay calm and focused. Calm and focused. 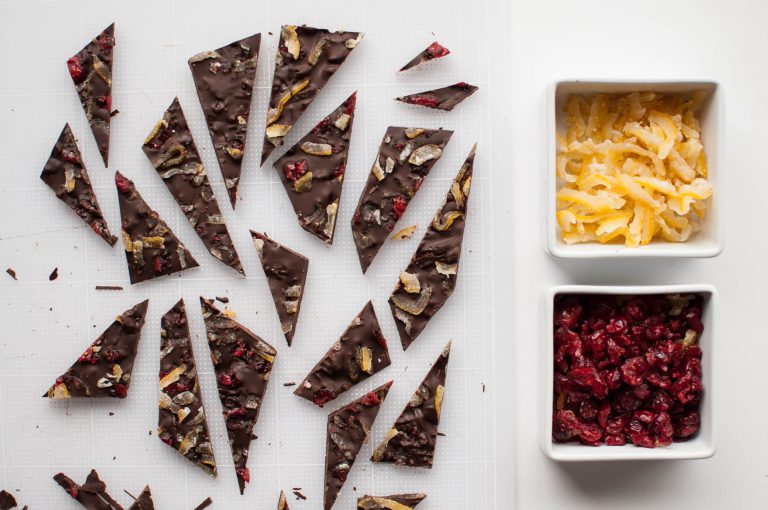 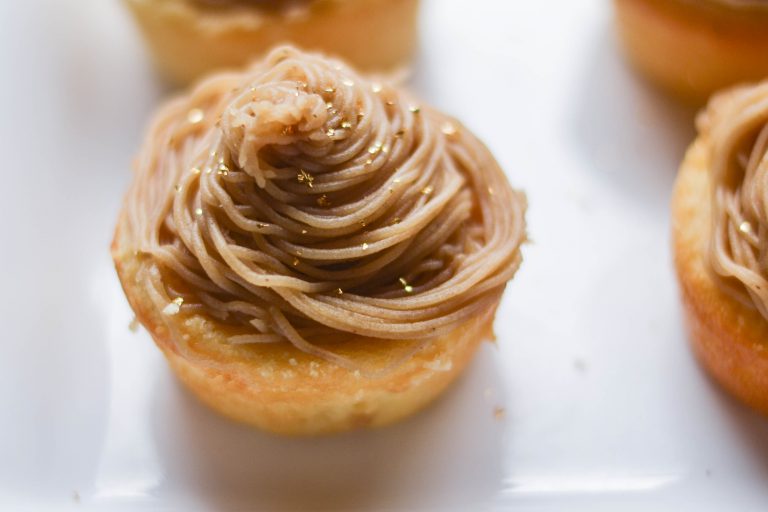